An arthroscopy is a type of keyhole surgery that is used both to diagnose problems with the joints and to repair damage to the joints. The procedure is most commonly used on the knees, wrists, elbows, ankles and shoulders. If you have problems with your joints, such as swelling or stiffness, and initial imaging tests have not been able to find what is causing the problem, an arthroscopy might be recommended to look at the inside of the joint. As well as allowing a surgeon to look inside a joint, an arthroscopy can also be used to treat a range of problems and conditions. For example, an arthroscopy can be used to: Repair damaged cartilage, Remove fragments of loose bone or cartilage & Treat frozen shoulder.
An arthroscopy can be used to help diagnose a number of joint problems, including:

Initial tests for these types of problems usually involve the use of imaging studies such as:

X-rays - where high energy waves are used to produce an image of the bones
Computerized tomography (CT) scans - where several X-rays are taken and assembled by a computer to create a more detailed, three-dimensional image of the affected joint
Magnetic resonance imaging (MRI) scans - where strong magnetic fields and radio waves are used to produce detailed scans of the soft tissue of the affected joint

If these tests don't find anything it may be necessary to take a direct look at the inside of the joint. An Arthroscope can also be used to assess the level of joint damage resulting from an injury, such as a sports injury, or from underlying conditions that can cause joint damage, such as: 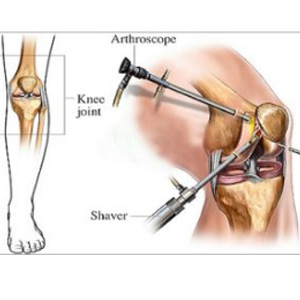